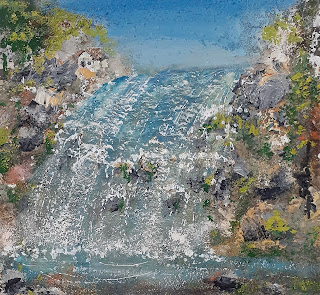 A pictorial essay - An immense bee subdued me! 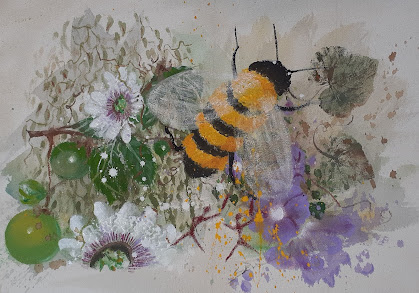 An immense bee subdued me!

In social isolation my gaze adjusts to the boundaries of the wall, in my garden, a space that is colourful and alive. I realized in contemplation that there is rhythm, interval, harmony, contrast in the way in which lives grow, accommodate, associate and cooperate; they have their logic in the space at their disposal. The perception of details allows us to dig deeper, and also broaden, the aesthetic awareness of what happens near us, and especially the fact that there is an aesthetic in the life of animals and plants.

If it is proving to be a challenge, for me, to stay home in a small space, it is also so to paint in smaller support, because I usually paint on a large scale. As a return to myself, I enter my garden: an introspective space and a platform to experiment on social relationship, and I consider that the gardens cultivated, in their moments and places, by artists such as César Manrique, Claude Monet, Frida Kahlo, Jacques Majorelle, Mary Mattingly, must have also been an exercise in introspection. Social isolation may be the opportunity to broaden our vision, our consciousness. Now we are in the interval, this time that we always lacked for looking at what is close; plant, animal, house, the other. We can cultivate a longer, more careful gaze, with more sense and feeling of cooperation. And who knows, maybe, after the pandemic we can revisit the gesture itself, what it has been in this smaller space, and rescale the importance of things to better adapt ourselves to the existential reality – speaking of bioempathy, really, of feeling part of a living system. And not always in the dominant and overwhelming way that we have done.

I realize, in face of the forced isolation, that the pandemic which has put into question the planetary contemporary society – as we do not know what will happen, what we can do next month – has made it possible for me to practise the exercise of gulliverisation that the philosopher of the imaginary Gilbert Durand discusses in The Anthropological Structures of the Imaginary (1997) – an anthropological classification of the images based on collective archetypes that he groups in two regimes of the imaginary: diurnal and nocturnal. Durand considers the image in its symbolic character and applies the anthropological trajectory, a device for the study of the image that encompasses both the subjectivity of the being and the influxes of the environment. In this work, specifically in the framework of the mystical nocturnal regime of the image, the author presents the symbols that characterize matriarchy (return to the mother, return to the earth), the processes of miniaturisation or gulliverisation (appreciation of the atom, the intimacy of the substance); presents the earth, the water, the movement of descent, the euphemisation (the fall becomes slow descent); defends that the atom, this minimal portion, is capable of promoting the most important transmutations; that atomism is a process of gulliverisation and, just like alchemy, is substantialist.

Below is a quote from the referred work:

[...] the processes of Gulliverisation are representations, in the form of images, of the intimate, active principle at the heart of things. Atomism - Gulliverisation with claims to objectivity always reappears sooner or later on the substantialist horizon, as does the theory of hidden "fluids" and "waves", which constitute the efficacy of substances. [...] It is "superlative" interiority which constitutes the notion of substance. "For the pre-scientific mind substance has an interior, or indeed, is an interior'', and alchemists, like poets, have only one wish: to penetrate lovingly to the core of things. This is a consequence of the psychic schema of inversion: intimacy inverts. All envelopes or containers, notes Bachelard, appear less precious and less substantial than the matter inside them. High quality and substantial treasure are not found in what contains, but in what is contained. (DURAND, 1999, pp. 248-249)[1]

The following lines express subjectively an experience that I relate to the concepts proposed by Durand.

In one of the pictorial incursions through the garden in these days of isolation, visiting the world of insects and little plants, I was subdued by a bee! And it tells me that, despite the serious risk of extinction, it is, yes, essential for the continuity of the life of various species on the planet: it produces life, it is responsible for more than 70% of the global food crops that humankind consumes – it is true what UN News published days ago (2020) – and argues that they are fundamental for food security and for the conservation of biodiversity! The human species has been on the planet for only 350 thousand years, while bees have been here since 100 million years ago. When I returned from the garden I was impressed with the grandness of that insect. How giant!

I elaborate my worldview through painting, so I began investigating with colours this phenomenon of my giant surroundings, my garden that became immense, such as the bee. I think that prehistoric painters had a more accurate view of the importance of the human individual on the planet, as they represented us in few lines, in figures of apparently little elaboration and importance before majestic animals on the walls of the caves.

It also seems to me that in Nordic romanticism, painter artists rescaled the presence of the individual before Nature. For example, in the painting The monk by the sea (1809) by Caspar David Friedrich (ROSENBLUM, 1993, p.16), the painter illustrates the contemplative human being, in silence and stillness, immersed in an immense, engulfing landscape, the individual powerless before nature. In times of crisis, when the chieftain is made curumim[2], Friedrich and other romantic painters advocated a return to nature.

I would like to conclude this excursion to my garden with the wish that contemporary society may lovingly consider the core of small lives in the environment around it and see itself not as an aggressive and deadly owner, but part of the living system, as Bachelard noted in the words of Gilbert Durand: the essence, the high quality, the substance is not the container, the dominant but what is embraced. High quality is found in what is contained.

If there is hope, I glimpse it through the leaves: that overcoming this crisis of human society may sprout from our acceptance, firstly, of human vulnerability; in second place, of the thoughtlessness and truculence of our gestures towards other beings in the environment; next, of trust in the wisdom and sense of natural life balance that even small insects express; and, lastly, of our acceptance that it is possible to feel part of this living system that is the planet, with all its biomes, and to feel embraced by this bigger continent of ours – who knows, as prodigal children? – completing the path of eternal return, that according to Mircea Eliade (1992) is the path of the individual on Earth, the return to the mother's arms, the dissolution of egocentrism before the uncontrollable forces of nature. The author also says: ‟Como Hegel observaba con noble suficiencia, nunca ocurre nada nuevo en la naturaleza” [As Hegel observed with noble assuredness, nothing new ever occurs in nature]. (ELIADE, 2001, p. 97). Because everything repeats itself in an eternal return: the days, the seasons, birth, growth and death, rise and fall of civilizations. 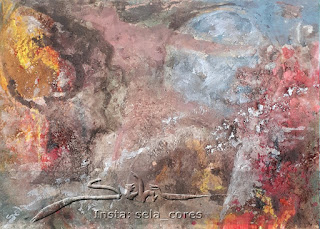 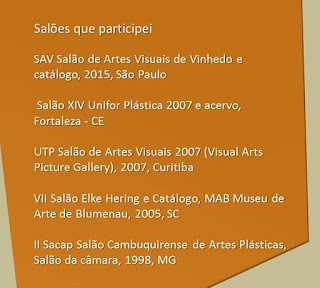